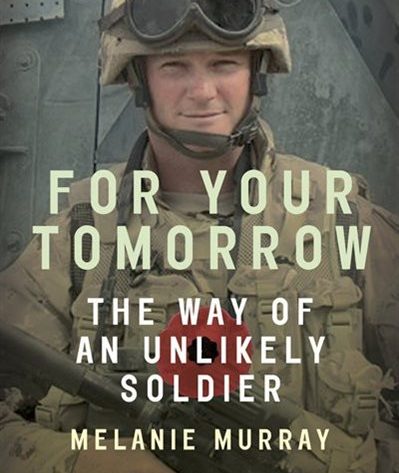 Commented reading – For your tomorrow

I recently received an unexpected email through Google Alerts, a service that informs me whenever new posts about my employer (Air Canada) become available, about an article in the Ottawa Citizen presenting a literary critique of a book called “For your tomorrow: The way of an Unlikely Soldier”. Still being an active member of the Canadian Forces, I immediately felt like the title was speaking to me. However, I was very curious as to how such a post had reached me in the first place and more importantly what it had to do with Air Canada. Hence, I decided to investigate, starting with reading the article.

That’s when I realized it was a book about the life of Artillery Captain Jeff Francis, who, until his death, was in a long-term relationship with a Service Director at Air Canada and co-worker with whom I had the pleasure of working on a few flights.

So, what was it that urged me to read his story? Was it simply out of curiosity? Could it possibly be, to my disbelief, due to some kind of voyeurism? Fortunately, I quickly realized that what stimulated my desire to read it above all, was the feeling it would further my philosophical approach to understanding Man’s quest in giving meaning to his life.

That was probably why the title of “Unlikely Soldier” seemed to intrigue me as much. It also crossed my mind that not being a close friend of the service director in question, this reading might help me learn more about what truly happened and thus be able to, in my own way, share in her grief.

My reflection began with the following train of thought: What was it that could have urged this man to join the Canadian Forces at the late age of almost 31? Having received a Master of Arts – Canadian Studies and heading towards his doctorate in sociology, wasn’t he rather intended for a bright future as an academic?

Indeed, it seems that for a while Jeff was overcome with the mirage created by the academics of our higher education system, persuading us that the ultimate path to success could only be reached through academic achievement. Obviously, the most natural step after obtaining his Masters would be trying to gain acceptance in the PhD! The author is somewhat winking when she refers to this period and comments about Jeff’s choice to enrol in the PhD, as she writes with a slight sarcasm: “Those adult decisions about career paths can be postponed for a few more years”.

However, a doubt seems to take over as Joselyn Morley, one of Jeff’s good old friends from university, reports him saying: “I thought the PhD might give me a clearer sense of direction, but I still don’t know what I want to be when I grow up.”

Reading the author’s account of Jeff’s life story, I felt that he was inhabited by a growing restlessness, as he advanced on this already traced path to success. The life he was about to build for himself didn’t seem to lead him where he wanted to go, especially since he wasn’t certain yet of the destiny that ought to be his own. The author cites him as follows: “Well, here at the higher echelons of the ivory tower,” he says, rolling his eyes, “I’m finding an even greater gap between academia and the real world. A lot of the so-called knowledge that’s being created seems irrelevant.”

Therefore, a turning point in his journey seems to have been the meeting with a Buddhist monk named Bhanti Korida. The latter, like Jeff, had been caught up in the model of academic success and had already been enrolled in the master’s program in biochemistry. “In university, I had this crazy restless mind,” Bhanti laughs. “I was always worried about not achieving, about not having enough time. I had terrible anxiety about having to get a master’s degree by the time I was twenty-five, then having to get a PhD in biochemistry. I was caught in this trap of fear and thinking. I did not know how to get out. So I decided to try to quiet my mind by taking meditation classes at the Buddhist temple. And here I am … ten years later.”

Through the following excerpt, we can appreciate how Jeff could have been inspired by Bhanti’s words and wisdom: “Tonight, and for the next four weeks, we will talk about what freedom really means, and if it is possible to be free in this complex society. We have a lot of knowledge—libraries full of books, many people with a PhD or even two PhDs. We may be very learned and intellectually sophisticated, but unless we understand ourselves, our minds will always be in conflict and we will never be free.” A jolt of energy vibrates up Jeff’s spine as the sonorous accented voice resonates in the room. “We will see that freedom means understanding the self, understanding the nature of thinking, and the nature of time. This is the journey of self-knowledge.”

So, it’s this journey of self-knowledge and self-discovery that represented a pivotal point in Jeff’s life as it drove him to interrupt his doctorate for a career in the infantry. This decision may seem irrational at first, since we approach it with the conscious part of our brain, the part that is susceptible to the conditioning of our society. However, this is precisely where the issue lies, since as many agree, the real “me” is in our subconscious mind and not in our consciousness. In fact, the subconscious is often referred to as the soul. Here is how the author cites psychologist James Hollis on the subject; “The soul has a code. The larger life is the soul’s agenda, not that of our parents or our culture, or even of our conscious will. The agenda of the soul will not be denied though it may be repressed.” This explains that despite the fact that Jeff had taken all the logical decisions that were imposed for his academic progress, he never found comfort within them as they weren’t meeting the real needs embedded in his heart and thus in his subconscious. This is what helped me understand how a man who had just had his first child prior to his departure to Afghanistan could go through all the way with his quest for self, even though it brought him to the fatal destiny we came to know.

As I often mention, “It is much more important to do something that gives meaning to our lives, even if we have to work hard to achieve it, rather than to do something simply because we excel at it”. Although Jeff had perhaps been excellent as an academic, nonetheless, he chose the path that finally gave full meaning to his life in spite of the risks and perils it entailed. Hence, as it implores every human being to give meaning to their existence (see one of my related posts), it seems that that’s exactly what Jeff decided to do by refusing to follow the road already mapped out for him. Could he have suspected that his search for meaning would eventually culminate in his death in Afghanistan? Probably not, but it seems to me, nonetheless, that the need to give meaning to his life was therefore stronger than any fear that might have inhabited him about the dangers posed by these choices. We can find comfort in thinking that this career change had at least brought him the peace and serenity he sought. Indeed, his new life finally answered his most instinctive and intuitive aspirations at the deepest level.

While the author was en route to Halifax to attend Jeff’s memorial service, who was actually also her nephew, she gives us a thought that sums it all and which is consistent with the idea that I have of Jeff’s imperative to take the path he chose. “I gleaned mythical underpinnings: abandoning his PhD and becoming a soldier culminated a lifelong search for purpose, his quest and his destiny.” She concludes by saying, “Perhaps his death wasn’t random or senseless—’a bit of bad luck’ as his commanding officer phrased it. I hope that this story of Jeff’s life—the hero’s journey—will provide some sustenance for our family.” Once we understand Jeff’s journey, it becomes a little easier to accept his death knowing that he gave full meaning to his life. As mentioned by Jeff’s commanding officer, his death is perhaps neither coincidence, nor meaningless.

Finally, I recommend reading this book because it brilliantly humanizes the difficult reality, even the turmoil faced by the families of our soldiers in Afghanistan. Above all, I recommend this book to anyone who seeks to give meaning to their life, especially if being faced with choices that may seem irrational. Jeff’s search, although it ultimately resulted in a tragic and untimely way, is no less inspiring.

I hope you enjoy the book

Be informed of new publications !

At the time of drafting these words, the beginning of 2019 already seems quite far away. And contrary to many others whose New Year resolutions have... 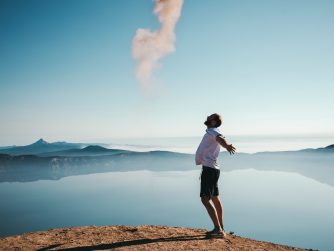 “Happiness is a state of mind that can only be found within us and that is therefore by no means accessible through external ephemeral pleasures.”... 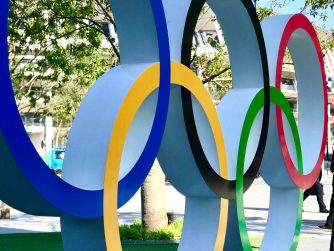 The 2016 Rio Summer Olympics coverage made me reflect upon the sudden infatuation with patriotism, where each viewer had eyes only for the athletes... 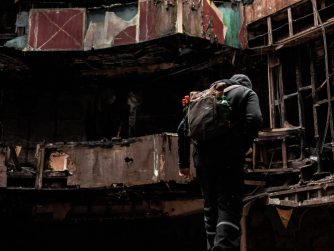 “Happiness is within you” Part 2 — Overly Comparing Ourselves to Others

Judging by the enthusiasm so many people have towards certain reality shows (which we can hopefully agree on, don’t require a great deal of... 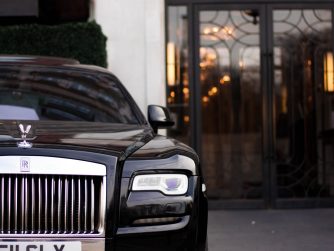 “Happiness is within you” Part 1 – The Utopia of Modern Happiness

During recent decades, when we’ve learned to commercialize everything, happiness not being exempt, the consumer society from which we stem has made... 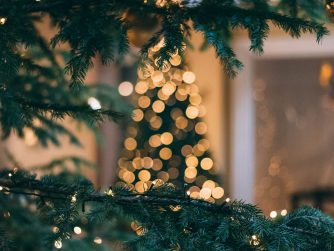 What meaning does Christmas have for you?

On the eve of this holiday season, I would like to share my thoughts on the meaning of Christmas, for you to ponder over. Thus, for not so long ago...